Home / Board Of Directors / İhsan Necipoğlu 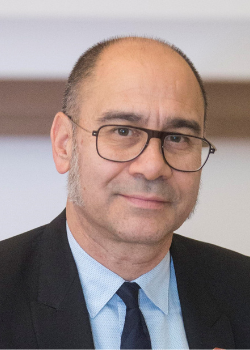 İhsan Necipoğlu is the Government Markets Director of DowAksa. Prior to being appointed to his existing role in February 2020, he was the President of Dow Turkey and Central Asia and a member of the Dow Middle East, North Africa, Turkey, and India leadership team. He joined Dow Turkey in 1983 and has held a variety of domestic and international positions in the company for over 35 years.

İhsan Necipoglu started his career as a Sales Engineer in Shell Company in Turkey on January 1982. He holds a BSc in Chemistry, Polymer for Science & Technology from University of Manchester and MSc in Polymers for Advance Technologies in University of Sheffield, UK.