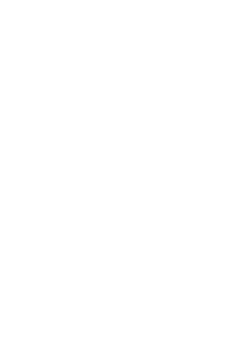 Efforts to strengthen economic ties between Turkey and the United States are gaining momentum. The increasing significance and strong potential of the US-Turkey bilateral trade and investment relations are also demonstrated by the statistics. Accordingly, our trade volume has increased by two folds and reached 17.5 billion dollar over the last decade.

Established in 2004 as an affiliate of the U.S. Chamber of Commerce, the American Business Forum in Turkey (AmCham Turkey/ABFT) is helping to drive this trend by facilitating cooperation between public and private sector leaders from both countries and by advocating for open markets.

Moreover, AmCham Turkey/ABFT has given its U.S. member companies a platform to engage with policy makers and seize commercial opportunities. Given Turkey’s large economy, as well as its strategic location and young population, these opportunities are expected to increase in the future. This was reflected in AmCham Turkey/ABFT Business and Investment Climate 2016 Survey, which found out that over 70% of American companies believe the local market potential is “considerable”.

We believe that 2017 has marked another turning point for ABFT with the election of a new Board that will serve until 2019. It is an honor to serve a prestigious membership that includes leading firms across every industry, from banking to information technologies, from healthcare to financial and legal services. AmCham Turkey/ABFT new Board of Directors include the CEOs of Citibank, P&G, General Electric, The Dow Chemical Company, Baxter International, PwC, UPS, IBM, PepsiCo, Baker & McKenzie, HP, Boeing, Intel, Honeywell, 3M, Mondelez International, Warner Bros, Nike, Heidrick & Struggles and Janssen.

With the leadership and guidance of AmCham Board of Directors, AmCham has defined its priorities based on;

- further increasing bilateral trade and investment between Turkey and the U.S.;

- encouraging investors to deepen and expand their investments in Turkey;

- and representing and acting as the leading voice for U.S. businesses and investors in Turkey.

Over the next years and beyond, the ABFT leadership team will continue to cultivate a liberal and equitable business environment in Turkey. In doing so, we not only aim to support our members achieve their business results, but also support the Turkish economy by encouraging foreign direct investment to achieve sustainable growth.