Home / Board Of Directors / Levent Özbilgin 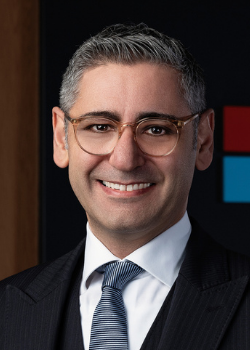 Levent Özbilgin is a global executive leader with 25 years of experience in the cutting-edge business and technology markets of over 40 countries worldwide.

Özbilgin started his career in the US-based software company Sotas Inc during 1997 as a product manager for the company’s revenue and fraud management Solutions. Özbilgin then moved to ECtel Ltd. during 2003 in charge of marketing towards Europe and Middle East markets for its telecommunications security solutions.

Özbilgin continued his career in Telenity as the Vice President responsible for R&D, operations and support where he managed a team of 100 people located across US, India and Turkey to serve Telenity’s global customer base in over 30 countries.

Özbilgin moved on as the Customer Operations Manager at Atos Turkey in 2009, followed by his appointment as the Country Manager of Alcatel-Lucent Azerbaijan (now Nokia) in Baku, in 2010.

Between 2012 and 2014, Özbilgin was the Regional Sales Manager for HP (now HP Enterprise) in charge of telecommunications product and services portfolio for Greece, Israel & Turkey.

Özbilgin is the General Manager of Microsoft Turkey since October 2020.

Levent Özbilgin has a BSc. degree from Istanbul Technical University, Management Engineering; and MBA from The George Washington University, Washington DC, Major in Management Information Systems. He is married and has two children.